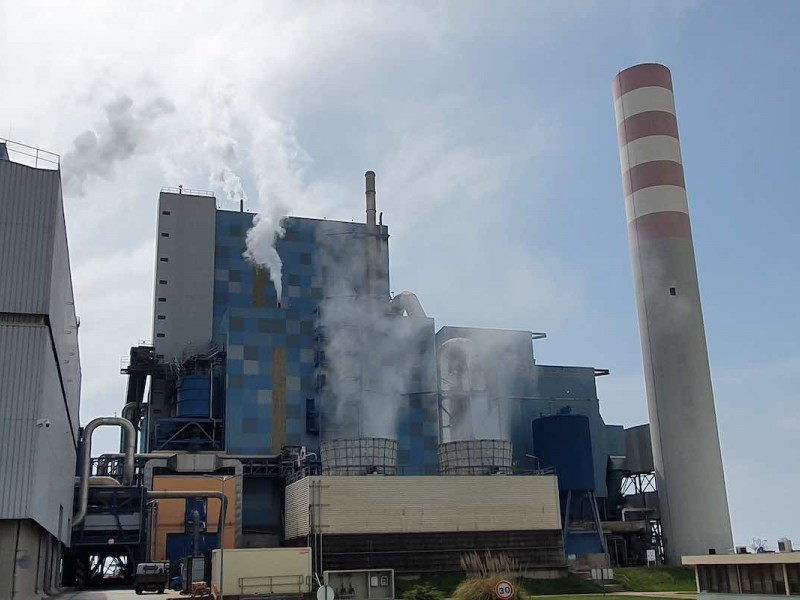 Bioenergy with carbon capture and storage (so called BECCS) is the process of using biomass, such as trees, crops, or residues, for energy production through thermal decomposition processes such as combustion, pyrolysis and gasification, while capturing the carbon in that biomass before it is released back into the atmosphere.

Cyclones can play a role in negative emissions processes ( removing CO2 from the atmosphere ).

Bioenergy with carbon capture and storage (so called BECCS) is the process of using biomass, such as trees, crops, or residues, for energy production through thermal decomposition processes such as combustion, pyrolysis and gasification, while capturing the carbon in that biomass before it is released back into the atmosphere. BECCS is assumed to have a prominent role in many integrated assessment models of climate change, mainly due to its presumed low cost in the future. It is considered as the most fundamental Carbon Reduction Pillar by the Intergovernmental Panel on Climate Change (IPCC), among other two alternatives: Natural Solutions (planting trees) and Direct Capture (Machines to Remove CO2 from the Air and Permanently Store it Underground). CO2 removal technologies have been highlighted as a necessity if emission reduction targets are to be achieved. Such technologies will help alleviate pressure on sectors which are difficult to decarbonise by 2050, such as aviation and others.

Thermal decomposition processes at high temperature have always been a very good application for cyclones since these can separate particulate matter (PM) from air streams with reduced pressure drop, negligible downtime and low CAPEX and OPEX. Biomass furnaces used across industries benefit from cyclones to reduce PM emissions to the atmosphere. Similar applications can be found in biomass dryers present in wood-based panel board and pellet plants. Nevertheless, all these industries face PM emission limits that cannot be met by regular cyclones anymore and need to invest in much more costly alternatives such as Bag Filters and Electrostatic Precipitators (ESPs).
Acknowledging that cyclone efficiency could be improved by scientific research instead of empirical means, Advanced Cyclone Systems (ACS) developed a revolutionary model for predicting and optimizing cyclone efficiency considering how inter-particle clustering / agglomeration affects cyclone efficiency (the PACyc model).

From coarse particle pre-separation proportioned by compact and low pressure drop cyclones (Terras de Santa Maria Biomass Powerplant in Portugal - pictured) to fine particulate capture with high-end geometries, ACS provides solutions for a wide range of industrial cases, being able to reach emissions down to less than 30mg/Nm3 which can be compared to those of ESPs. Indeed, these new high efficiency cyclones can help on the economics of many plants and industrial boilers using renewable fuel, maintaining a theoretic zero CO2 balance).

But can cyclones play a role in negative emissions also? Yes, they can!
CO2 is not solid and thereby it is impossible for it to be captured or filtered. However, several technologies are emerging for the conversion of biomass to fuels and thereby storing CO2. That includes the conversion of woody biomass to biochar through fast pyrolysis (thermal decomposition at extremely low O2 levels). For danish company Frichs or Brazilian company ZEG, for instance, ACS supplied cyclones to recover biochar after biomass pyrolysis. Biochar stores large amounts of CO2 and can be applied in the soil as a fertilizer.

Furthermore, the gases originated through pyrolysis can be combusted to produce energy after which CO2 can be captured by several alternative means such as chemical absorption with amine scrubbing (liquid) or by solid sorbents such as calcium oxide, among others currently being developed. ACS is presently involved in the development of new carbon capture technologies where specific sorbents can best target CO2 for a more efficient capture leading to far better economics for the whole process. That will be fundamental for these projects to gain traction and achieve the scale of emissions mankind demands in the future.